24 Jun Loading a variety of biscuits in assortment trays

Posted at 11:19h in CaseStudies by Iris van Harn

< back to Case Studies

Dean’s is a family-owned bakery based outside of Aberdeen, Scotland. The company is best known for their shortbread and supply major UK supermarkets, gifting and food service sectors, they also have a growing presence in export. Dean’s prides itself for still using the same traditional recipes which were used by the Managing Director’s mother in 1975, however to cope with customer demand and company growth, the team decided to look at robotic automation to seamlessly integrate modern efficiencies with traditional methods.

After investing in their first small robot for the bakery in 2011, and with this proving to be a success, in 2015 Dean’s decided to explore other areas where automation could be beneficial on a much larger scale. After some research and an initial shortlisting process, PWR were chosen to deliver the solution for one of the packing lines. The main challenges that Dean’s faced were space restrictions, flexibility and high speed handling of relatively delicate products.

PWR were selected to deliver this solution as the team understood that Dean’s needed flexibility on the line as it produced multiple product types. The flexibility of the solution allowed PWR to deliver an efficient and space conscious automation which surpassed the customer’s efficiency expectations. The physical interaction of the robotic grippers was also carefully considered for gentle, yet efficient packing.

Due to the success of this project, Dean’s were able to deploy members of staff to other areas of the business to cope with demand and thus reducing recruitment and training costs for the business, as well as enjoying increased throughput and decreased loss from damages 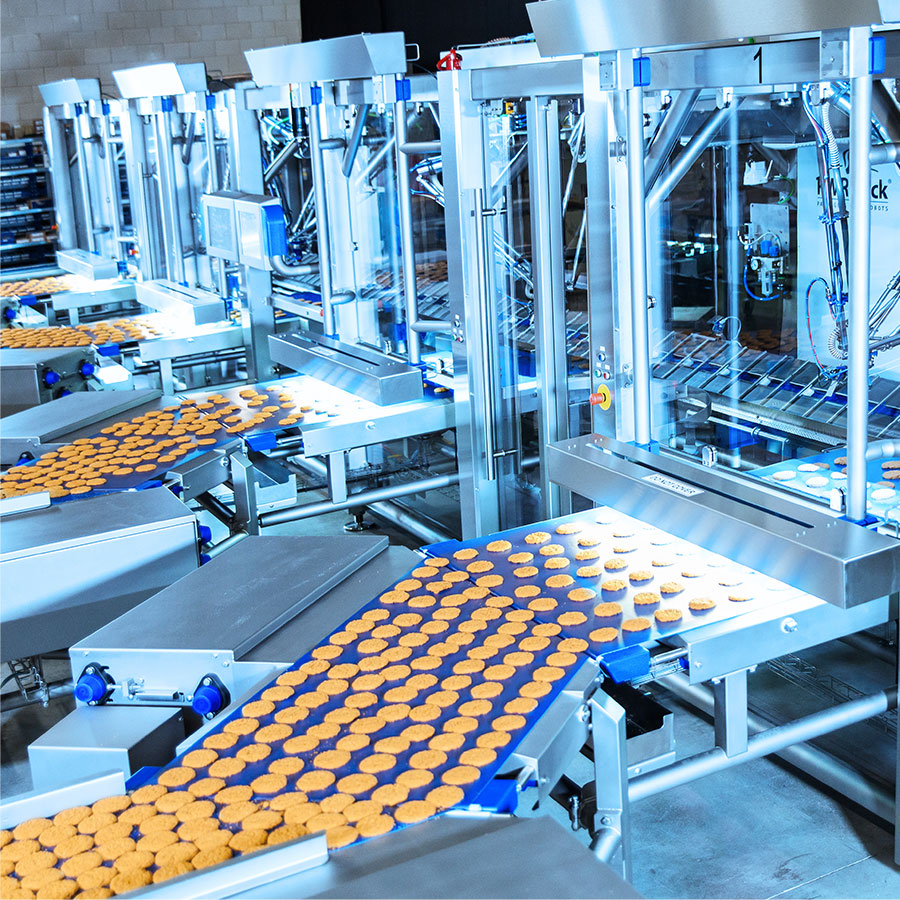 “We chose PWR to deliver this solution after careful consideration of all our options. As an SME, the investment we were considering putting down on the project was by no means insignificant for us so we had to be sure we were recruiting a supplier who could also be a trusted partner. We chose PWR as the team were so understanding of our needs and really communicated with integrity throughout the whole project. The aftersales service has also been first class which has meant that the machine has greatly surpassed all our initial expectations. The implementation of robotic automation from PWR has allowed us to integrate modern technology with our long standing provenance ensuring that we maintain a competitive advantage.”

PWR | Clear Vision 4.0 system to ensure only high quality products are delivered to the end consumer

Touch screen for the PWR | Easy HMI 4.0 interface that allows the operator to have total control of the line


We use cookies to ensure that we give you the best experience on our website. If you continue to use this site we will assume that you are happy with it.OkPrivacy policy